Are you leaving your infant in their car seat because they are asleep and you’ve arrived at your location? If they are still properly strapped in, that’s okay but if you’re in the habit of unbuckling them they are in danger of death by positional asphyxiation.

Positional asphyxiation occurs in infants who don’t have the neck strength to lift their head. If they aren’t properly trapped in they can slump forward and their head can fall on their chest and, because they don’t have strength in their neck muscles they can’t lift their head enough to open up their airways in order to breathe.

Read about one such death and the efforts of Shepard Dodd’s parents to spread the word in order to save the lives of other infants. Better yet, spread the word. In simply talking about this post here at work several women admitted that they have let their infant who wasn’t strapped in sleep in a car seat in the past. My guess is that most parents have no idea.

“W.H.A.L.E.™ stands for “We Have A Little Emergency.” This car seat safety program was developed by Connie Day, a caregiver from Virginia. In the event of an automobile accident that incapacitates the adult driver and passengers, rescue personnel will have a difficult time identifying children riding in car safety seats. In some situations, these adults may not be related to the child passenger; therefore, conventional means of obtaining information will be useless. In these cases, W.H.A.L.E.™ can make a significant difference.”

The program consists of three parts:

2. Two W.H.A.L.E™ Car Seat Stickers are attached to the sides of the seat.

3. Two W.H.A.L.E™ Vehicle Stickers are attached to the rear/side windows of the vehicle. Each of these stickers depicts the W.H.A.L.E™ logo and will alert emergency personnel that the occupants participate in the program.

Read more about the W.H.A.L.E. program and find out where to get your kit at http://www.whaleprogram.org/

We’ve all seen it and many of us have done it. The infant is asleep and we don’t want to wake him or her so we just unbuckle the car seat and leave the child in the car seat to nap while we go about our business.

Truth is that infants die each year because of this practice. The problem is generally that the straps choke them or they die of asphyxiation because their body slips into a position where breathing is difficult.

The bottom line is that a car seat is intended for the child to sit in and sleep while in a vehicle. If used in this manner, the child is under constant supervision. Never leave a child in a car seat unsupervised, even for a couple of minutes.

I’ll let the video speak for itself.

Hair Straighteners, which can reach temperatures over 400 degrees, are responsible for an alarming number of burns in children. According to an article in the Mirror, one hospital in England reported 110 burns treated on children in the past 5 years while another reported 155.

That’s a lot of burns on children, frighteningly, many of whom are under 2 years of age.

Children are at a lot greater risk when it comes to burns because “their skin is up to 15 times thinner than adults.” Some of these children required plastic surgery and skin grafts.

Injuries are caused when children grab the straightener or when it falls off the counter on them. 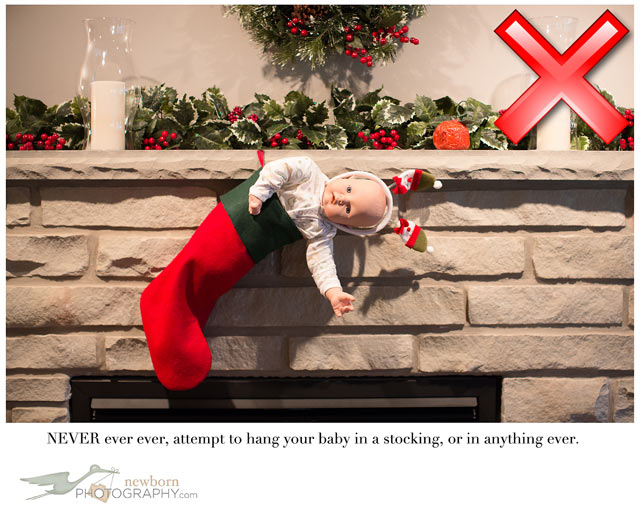 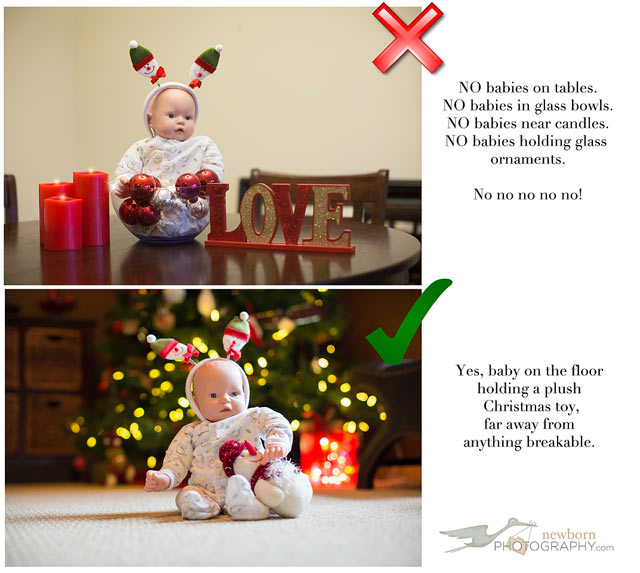 According to the Consumer Product Safety Commission, cords from blinds kill about one child a month. If you have small children, you owe it to yourself and to their future to replace the corded blinds with cordless ones. To heighten awareness of this danger, October has been declared National Window Covering Safety Month.

The 12 deaths a year from window cord strangulations are preventable. Download a guide to help you find out if your window blind cords pose a risk to infants.

Best solution of all, replace all blinds with cordless blinds.

Heat coming back again to our Plateau area and temperature up near 100 degrees the rest of the week and weekend. Across the country record Highs and Dangerous Temperatures continue throughout the entire United States. The risk of a serious injury or death during hot weather is heightened for children and pets left alone in vehicles, the National Highway Traffic Safety Administration (NHTSA) warned. New research shows that for children hyperthermia (heat-stroke) is the leading cause of non-crash vehicle deaths.

Even with the windows rolled down two inches, it only takes 10 minutes for the inside of a vehicle to reach deadly temperatures on a hot summer day, said Ronald Medford, Acting Deputy Administrator of NHTSA. Children or pets should never be left alone in or around a motor vehicle, not even for a quick errand. Any number of things can go critically wrong in the blink of an eye.

· An examination of media reports about the 538 child vehicular hyperthermia deaths for an thirteen year period (1998 through 2011) shows the following circumstances:

Hyperthermia is overheating of the body.The word is made up of “hyper” (high) + “thermia” from the Greek word “thermes” (heat). Hyperthermia is literally high heat. There are a variety of heat-related illnesses, including heat stroke and heat exhaustion. Other heat- 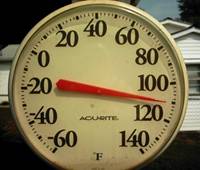 Summer can bring heat waves with unusually high temperatures that last for days and sometimes weeks. In the summer of 1980, a severe heat wave hit the United States, and nearly 1,700 people lost their lives from heat-related illness. Likewise, in the summer of 2003, tens of thousands of people died of the heat in Europe. High temperatures put people at risk. 2012 has been another record setting year with numerous days with high heat indexes. So far 11 children have lost their lives to hyperthermia.

What causes hyperthermia and heat-related illnesses?

People suffer heat-related illness when the body’s temperature control system is overloaded. The body normally cools itself by sweating. But under some conditions, sweating just isn’t enough. In such cases, a person’s body temperature rises rapidly. Very high body temperatures can damage the brain or other vital organs.

Several factors affect the body’s ability to cool itself during extremely hot weather. When the humidity is high, sweat will not evaporate as quickly, preventing the body from releasing heat quickly. Other conditions that can limit the ability to regulate temperature include old age, obesity, fever (illness), dehydration, heart disease, poor circulation, sunburn, and drug, and alcohol use.

Those at greatest risk of heat-related illness include:

Infants and children up to four years of age are very sensitive to the effects of high temperatures and rely on others to regulate their environments and provide adequate liquids.

People 65 years of age or older may not compensate for heat stress efficiently, and are less likely to sense and respond to changes in temperature. Overweight people may be prone to heat sickness because of their tendency to retain more body heat.

Any health condition that causes dehydration makes the body more susceptible to heat-related illness. If you or someone you know is at higher risk, it is important to drink plenty of fluids (water), avoid overexertion, and get your doctor or pharmacist’s advice about medications being taken for:

Heatstroke occurs when a person’s temperature exceeds 103 degrees F and their thermoregulatory mechanism is overwhelmed
– Symptoms include: dizziness, disorientation, agitation, confusion, sluggishness, seizure, hot dry skin that is flushed but not sweating, loss of consciousness, rapid heartbeat, hallucinations and death.

A core body temperature of 107 degrees F is considered lethal as cells are damaged and internal organs shut down Children’s thermoregulatory systems are not as efficient as an adult’s and their body temperatures warm at a rate 3 to 5 times faster than an adults.

The atmosphere and the windows of a car are relatively transparent to the suns shortwave radiation and are warmed little. However this shortwave energy does heat objects that it strikes. For example, a dark dashboard or seat can easily reach temperatures in the range of 180 to over 200 degrees F.

These objects (e.g., dashboard, steering wheel, child seat) heat the adjacent air by conduction and convection and also give off long wave radiation (red) which is very efficient at warming the air trapped inside a vehicle.

Information provided by the NHTSA, NWS and ggweather.com 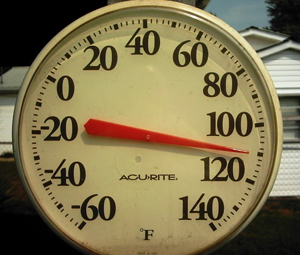 Sometimes good things don’t necessarily come in small packages. In this age of miniaturization, button batteries have become more and more common as replacements for the larger size batteries that have been around for decades. That’s all fine and good except that parents don’t realize that they are inadvertently leaving these batteries within easy reach of small children and that these button batteries are a potential health hazard.

Many remotes, for example, now have the button batteries. The remotes aren’t typically things that parents think to try to keep away from infants and toddlers. Children, however, can get into these remotes and before you know it they’ve swallowed the battery.

Energizer Battery company is teaming up with Safe Kids USA to try to help raise awareness of a growing threat to child safety.

An article on CBS News reports that “Eleven children have died after swallowing button batteries over the past six years, and the National Capital Poison Center said about 3,500 swallowing cases are reported annually in the U.S. The U.S.”

Energizer and Safe Kids USA is trying to help parents and care givers understand the need to keep button batteries away from small children. Keep them in their original packaging until you need to use them (Energizer is presently working to make the packages more difficult for children to get into) and make sure that you keep any items that contain button batteries out of children’s reach. This often includes remotes.

A friend of mine lost his granddaughter when she drowned in a 5-gallon bucket of water.

As sad and heartbreaking as this is, what’s even sadder is the fact that this type of accidental drowning is all too common.

We all love the pool when the weather gets hot, we love the sound of running water from the fountain that we installed but we need to be aware that even a couple of inches of water can be fatal. In the case of my friend, all it took was a 5-gallon bucket of water. His 2 year old leaned over, slipped and fell in and got stuck. It was a matter of a couple of minutes. Don’t assume that someone was negligent and that this could never happen to you. There isn’t one of us who keeps his eyes on his children or grandchildren for every single second of the day and it only takes a couple of minutes for a child to drown. 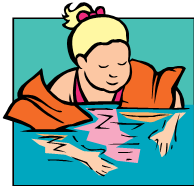 Potential sources of danger include:

The bottom line is to always think about the worse possible scenario and protect against it. As with pans on the stove, never, ever leave children unattended near standing water even for an instant. A “second” has a way of rapidly turning into a few minutes and even a few seconds can be too long.