In the long line of photos of what not to do… 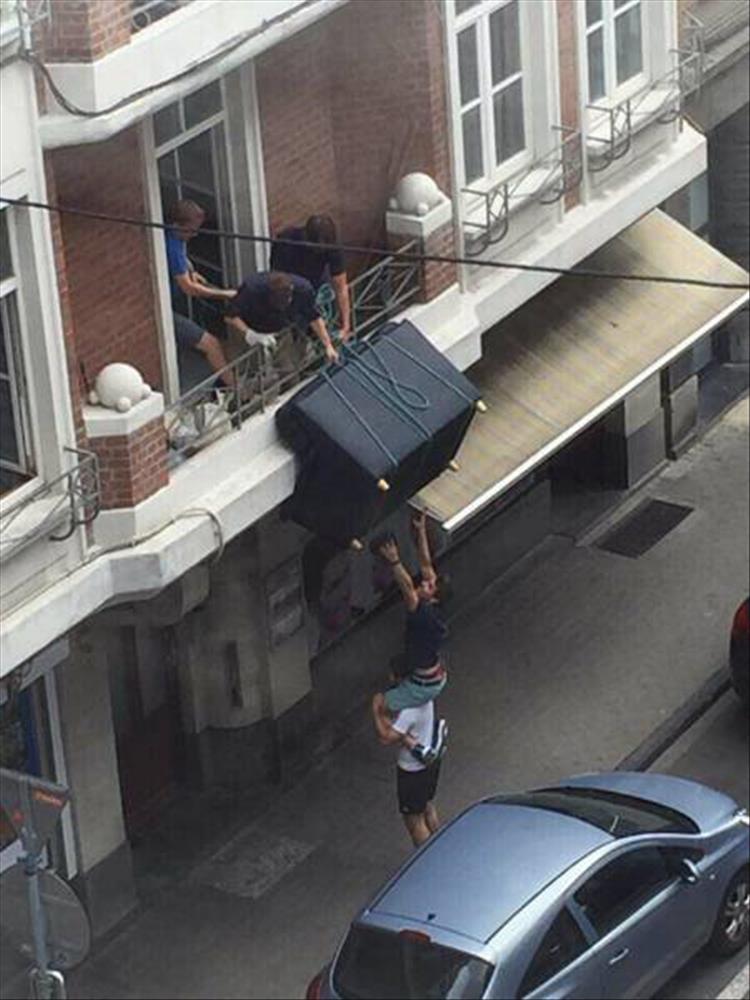 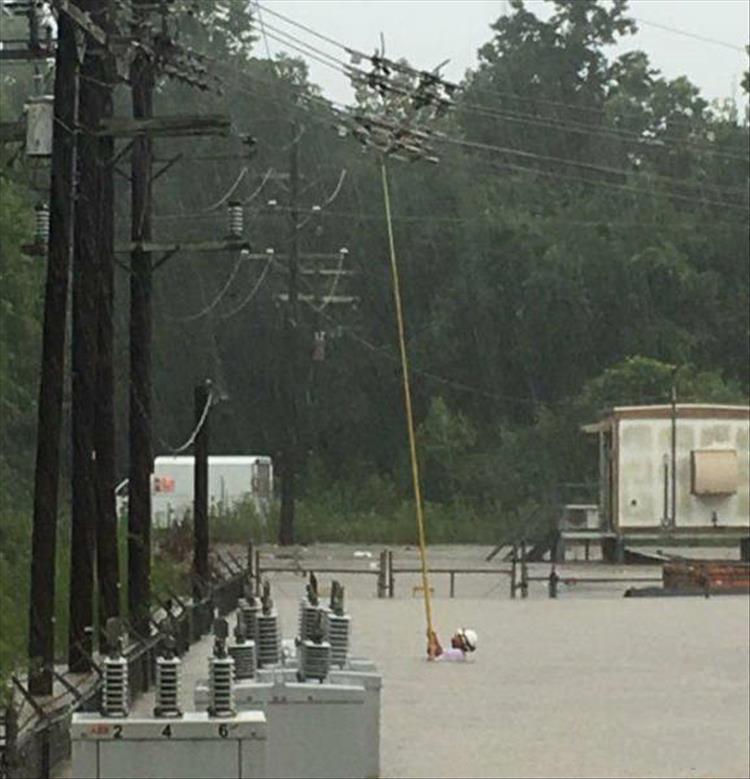 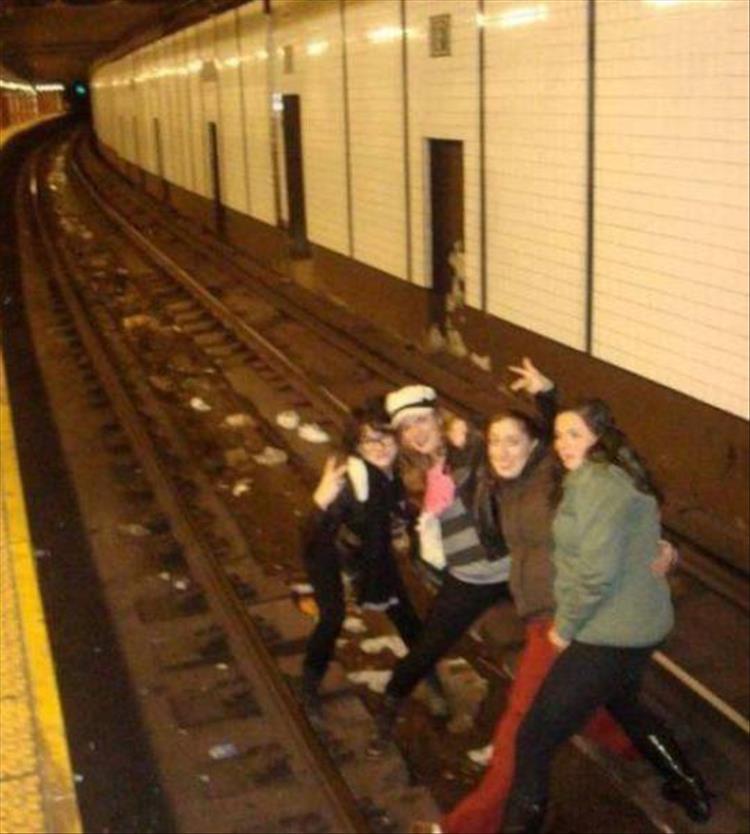 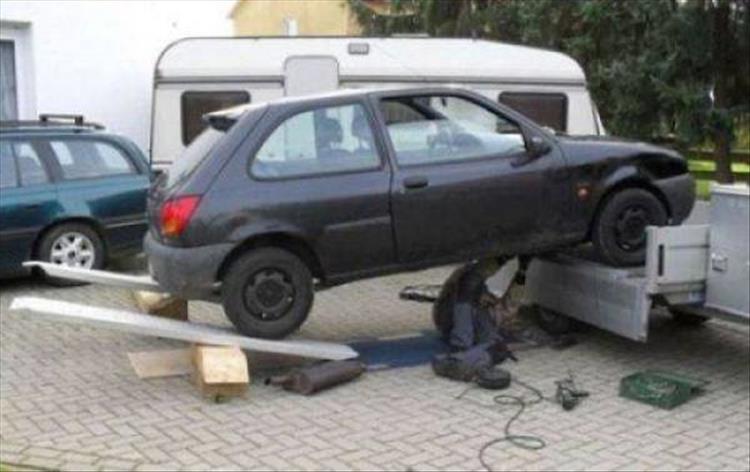 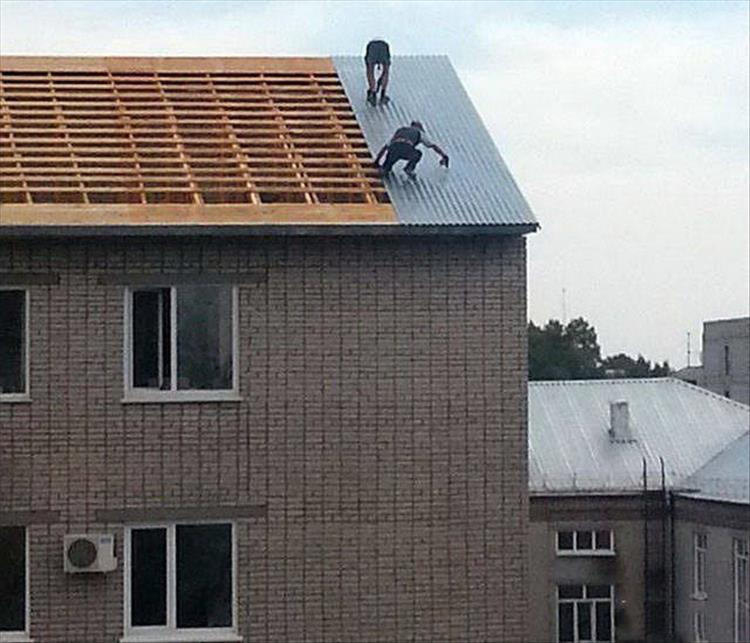 Do you need safety posters? The EMC website has more than you can shake a stick at!

Check them out at https://www.emcins.com/lossControl/ then go down to the bottom of the page and click on “safety posters”

Was Oppenheimer responsible for the deaths his deadly toy caused or was it the pilot who dropped the bomb, or the general who gave the order to drop it or the president who gave that order to the general?

To what degree are we responsible and accountable for the misuse of the technology we create?

These are questions that advocates of road safety want to start asking of cell phone manufacturers, internet providers and app makers. If you have the technology to stop people from texting and driving, are you morally responsible to make sure that technology is incorporated into the cell phones you sell?

To date, the most that has been done, mostly by third parties rather than by the cell phone manufacturers is that a few anti distracted driving campaigns have been run and a few apps have been created that are mostly voluntary and easily bypassed by a driver who wishes to ignore them.

To make matters worse, cell phone usage is dramatically increasing day to day. Talks about texting and driving or talking while driving are discussions that are now relegated to a distant past. Today’s cell phone users are using Facebook (including Face time), Skyping, tweeting, instagramming, snapchatting, gaming and surfing the Internet, all while changing lanes and dealing with other drivers who are doing the same. It’s a recipe for disaster and that particular recipe is baking up a cake that we aren’t prepared to eat.

The most recent statistics tell us that in the USA, 11 teenagers die every day because they were, in one way or another, distracted by their cell phone while driving. Of the approximate 2.5 million accidents each year, 1.6 million of them are thought to be attributed to distracted driving.

Interestingly enough, while most of us (90 some percent) admit to using our cell phones while driving, 74%-94% of drivers support a ban on cell phone usage while behind the wheel (the 20% variance has to do with the degree of the ban).

Do you understand what this discrepancy between what we do and what we say means? It means that, while we support a ban on cell phone usage while driving we also admit that we don’t have the discipline and fortitude to patrol ourselves and not do it. We believe that we shouldn’t be doing it and we do it nonetheless.

This brings us full circle from where we began at the beginning of this post. If we can’t find the strength of will not to do it should it be forced on us by cell phone manufacturers and internet providers? The technology does exist. Cell phones could cease to function as soon as certain speed is detected. Allowing passengers to access and use their phones while still blocking the driver’s phone, while still somewhat problematic, can be overcome.

So why isn’t it happening seeing as a vast majority of us actually favor it? The answer, as usual, has to do with profits.  The Consumer Technology Association (CTA) and the Cellular Telecommunications and Internet Association (CTIA) are two lobby groups who are lobbying Washington to block the Visual-Manual NHTSA Driver Distraction Guidelines for Portable and Aftermarket Devices. These two groups are comprised of over 2,000 companies who stand to lose money if this bill is passed. Companies like Apple, Verizon, Google, Samsung and other telecommunication giants who stand to lose money any time you log off are trying to get congress and President Trump to vote down or veto the bill. They would rather we stay online even if it means an increase in lives lost because of distracted driving.

Let’s hear your thoughts on this…

Have you got Millenials working for you? Havve you noticed that they don’t respond or function the way your older employees do? You can bemoan and complain and be stuck in a never ending cycle because, whether you like it or not they aren’t going to change or you can adapt.

Our friends at Convergence Training have put together a little something to help you make that change. Check it out at https://www.convergencetraining.com/blog/safety-training-for-millennials.

Kent, WA – National Safety, Inc. is pleased to announce the acquisition of Puget Safety Equipment Company in Bellingham, WA. This acquisition adds a third location to National Safety, the other two being in Kent WA where the company was founded in 1995 as well as Vancouver WA.

National Safety was founded in Kent in 1995 and has grown into a well-established business with over 35 employees with a combined 350 years of safety experience. National Safety services thousands of customers, mostly in the state of WA but across the rest of the United States as well.

You’d have to be living under a rock not to know that an eclipse is about to light up (I suppose that “light up” isn’t quite accurate here) the sky in a couple of weeks.  Certainly Amazon has noticed. Apparently sales of eclipse viewing glasses and goggles have gone through the roof and here’s the problem. Anytime there’s a lot of money to be made, there’s someone willing to do whatever it takes to get that money.

According to NASA only shade 14 or 16 welding lenses are safe for directly viewing the eclipse. There are legitimate ISO 12312-2 compliant glasses being sold on Amazon but just because it has the ISO (International Organization for Standardization) label on it doesn’t mean that it actually is ISO compliant. Some unscrupulous sellers are printing the ISO label and putting them on glasses that are not safe for viewing the eclipse directly.

While Amazon says that it is trying to make sure that no fake glasses are being sold (as best it can), some people are claiming to be receiving questionable glasses.

Please be careful! It isn’t worth going blind!

Cindy Sue Jake White July 31, 2017 at approximately 1:00 pm. Switz City, Indiana. White Farms Inc. Overhead tank collapsed full of corn. It hit a power line on the way down and sparked the grain dust igniting the dust and causing the flash. We are very fortunate that there were no injuries!

Next time you’re at the airport in Cleveland, Cincinnati or Orlando and your flight is delayed, rather than fuming and ranting about what you can’t change, take a few minutes, find an American Heart Association “Hands-Only CPR training kiosk” and learn CPR!

The hands-on training only takes about 5 minutes and it’s being piloted (no pun intended) in select airports across the United States. It includes a short video explaining how hands-only CPR works and how to do it (Hands-only CPR essentially eliminates the mouth-to-mouth in favor of chest compression only), a practice session on a practice rubber torso which lets you know if you are doing it correctly (hand placement and depth of compression are the 2 main reasons people do it incorrectly) and a 30 second test.

The newest kiosks include a video telling the story of how Matt Lickenbrock saved the life of Sean Ferguson after learning hands-only CPR a few days earlier during a 3-hour layover at Dallas/Fort Worth International Airport (It took Matt three tries to get the chest compression right because he hadn’t been pressing hard enough).

The American Heart Association hopes to eventually install kiosks in many more airports and public places.

You can read more about the Matt Lickenbrock story on the American Heart Association website.

In our long line of airline safety videos here the newest one from British Airways. 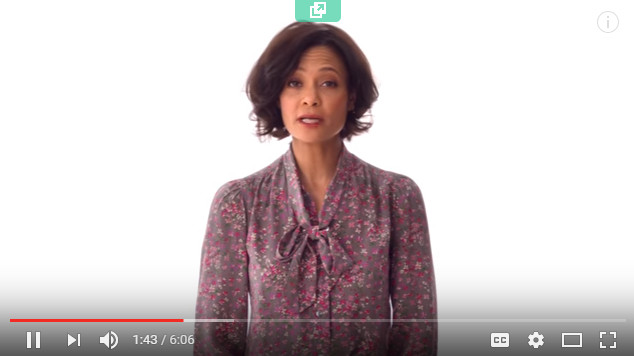 I’ve only had poison Ivy once in my life but I remember it well because it was so unpleasant. The rash would be at it’s worse in the middle of the night and I ended up in the bathtub several nights in a row with Aveeno Oatmeal Bath treatment. I wouldn’t wish that on my worst enemy and I’m sure you wouldn’t wish that on yourself or anyone of your workers.

With increased work done outdoors as the weather gets warm, it’s important to know how to protect yours workers.

First of all, they need to know how to identify poison ivy, poison sumac and poison oak. Stay away if you can.

If you must work around these plants make sure you wear long sleeve shirts, pants and gloves.

Wash these items of clothing (including your shoes) at the end of your shift. Minimize contact with anything else as the oil urushiol that makes it poisonous can rub off and contaminate further. Wash these items separately from other laundry to avoid cross-contamination.

Use IvyX Pre-Contact Towelettes to further protect the arms, hands and face.

Wash all tools that came in contact with the poisonous plants with soap and water or with rubbing alcohol. Urushiol can stay active for as long as five years.

Do not burn the plants. Fire doesn’t neutralize the urushiol, it merely makes it airborne. If urushiol should get into the lungs it can turn into a serious reaction that may require medical attention.

If you believe you have been exposed, thoroughly wash the area with soap and water. If a rash develops use an antihistamine and/or calamine lotion. If it gets too serious, consult a doctor.