Both incidents involve hornets, wasps or yellow jackets. The incident in Wheaton involved a postal worker who was attacked by hornets and stung 30 to 50 times. She was taken to the hospital and is expected to recover. You can view the news click below: 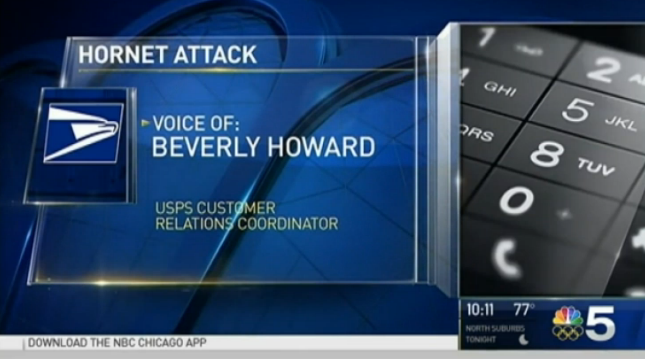 The other incident involved a man named John Clark from Tampa, Florida. John accidentally stepped on a yellow jacket nest in his yard. John was only stung 4 times but died because he was allergic, something that he wasn’t aware of. You can view the news click on that below as well: 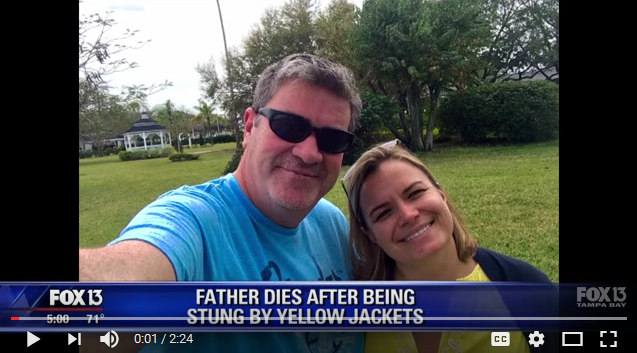 I personally had my own experience with yellow jackets last year. I was fortunately not stung. I was mowing my lawn when I suddenly realized that several yellow jackets were buzzing around me and realized that I had just mowed right over the nest they had dug in the middle of my lawn. I was able to exterminate  the whole colony by covering the hole with a clear plastic cake lid (It has to be clear. As long as they see daylight they will continue to use the hole. If the lid is not clear, they will simply dig another tunnel out). Unable to get out from under the lid, the whole colony starved to death within a couple weeks.

In most cases, however, you should call a professional exterminator to get the colony removed. Be aware and pay attention when you are outside. Warm weather brings the colony to life and they may be in the ground or in nests overhead.