Back in 1980, 108 million people had diabetes worldwide. Today it is estimated at around 425 million which means that cases of diabetes almost quadrupled in the past 36 years. Diabetes is presently the eighth biggest killer in the world.

Diabetes used to be prominent in affluent countries but that is no longer the case. Today diabetes is growing fast in low and middle income countries. 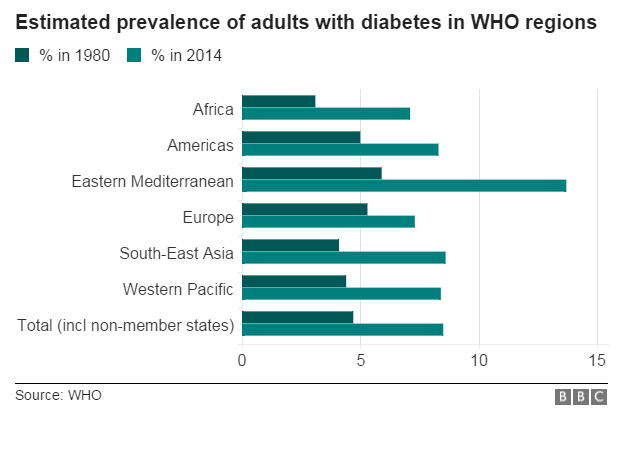 What’s the cause of this epidemic rise in diabetes? Have a look at these numbers:

The problem is that “sugar” is hidden in almost everything we eat. From the website https://thetruthaboutcancer.com/sugar-white-death/ here’s a list of the different names given to sweeteners:

Until we reduce sugar and label it for what it is, diabetes is going to continue to rise. Educating yourself about what you are eating and drinking is crucial. You have to take your health in your own hands and not trust food companies.