SUMMER SAFETY TIPS: Things Not To Leave in a Hot Vehicle

Many of us leave home and head to work inside the comfort of an air conditioned offices, your vehicle is left baking in the blazing sun. But what is left inside your vehicle–could end up costing you in more ways than one.

At three o’clock on a summer afternoon the temperature could be as high as 140 degrees inside your vehicle. Think about the effect that temperature has on anything locked inside the vehicle.

Lighters can explode, make-up can melt and finger nail polish remover can combust and start a fire. Pressurized aerosol or canned sprays can explode. Other products like crayons, chocolate or candy, lipstick or Chap Stick can end up making a mess. All too often expensive electronics too get left behind for convenience sake but can do extreme damage.

Aerosols, when kept in overheated conditions, can become volatile and explosive. Many aerosol cans, whatever the contents, warn explicitly against keeping them in areas where the temperature reaches 120 degrees F or more. During the summer, the inside of a car can reach 130 degrees F or hotter. At these temperatures, aerosols become over pressurized and can explode at any time. 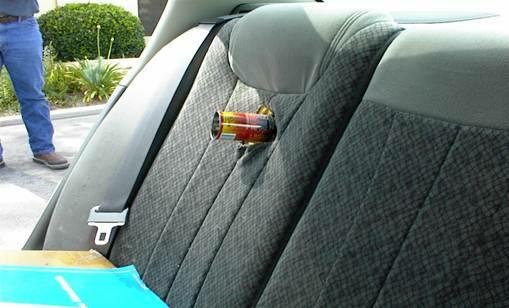 Do you keep WD-40, hair spray, Off, Fix-A-Flat, etc. in your vehicle? If so, you might want to reconsider. The picture above is of a pressurized can that exploded in a person’s vehicle and imbedded itself in the back seat of the car. The temperature outside of the closed up vehicle was about 100 degrees F. What if you or a loved one had been sitting in that seat? Do any of your family members keep aerosol cans in their vehicles? If they do, please pass this warning along to them!

The incident pictured in the below pictures happened when a deodorant spray can was left in the back of the vehicle that was parked in an open space in the middle of a hot, sunny day. Without warning, the can exploded inside the car. Fortunately, no one was inside or near the car when it happened.

Certainly aerosol cans left in automobiles (especially cars with tightly-closed windows) on hot days can reach temperatures sufficient to cause them to rupture with considerable force, enough to cause significant damage to a car and potentially injure a person in or near the automobile at the time of the explosion. In that regard, the advice given in the message quoted above is sensible enough.

Medications-Prescription and over the counter medications 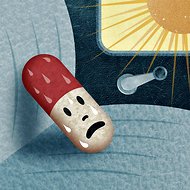 Heat can change the chemical composition of a medication and could make it ineffective or worse harmful if taken. If you take any prescription drug, you need to be aware that storage at high temperatures can quickly degrade the potency and stability of many medications.

Medications tested in higher temperatures with negative outcomes include:

· Valium: When stored at body temperature of 98.6, a decrease of 25 percent of the concentration has been recorded.

· Albuterol Inhalers: Temperatures 120°F and above may burst the inhaler. Also, some studies have shown that higher storage temperatures lead to a decrease in the amount of medication inhaled.

· Formoterol (capsules that are placed in inhalers): After exposure for four hours to almost 160, the amount released from the heated capsules was not even 50 percent of those capsules stored in appropriate temperatures.

· Lorazepam: When stored at almost 100 degrees, concentration decreased by a very significant 75 percent.

· Nasonex (formoterol inhalers): Temperatures above 120 degrees may cause the container to burst.

Other medications that could be adversely effected by tremendous heats include:

· Any medicine in an aerosolized canister may burst at a heat over 120°F.

· Thyroid Hormones: Excessive heat may alter these hormones that result in a dose inconsistent with the prescribed dose.

· Insulin: Excessive heat can make the vials that store insulin to break. Additionally, the extreme heat may alter insulin, making it not comply with the prescribed dose. 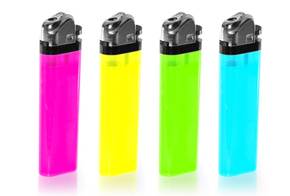 Disposable lighters are small but dangerous items to leave in the car during hot weather. A left lighter on the front seat of a car can get so hot that it exploded and hit the windshield or injure anyone inside, Warning labels on these little fire starters instruct users to never expose them to heat above 120 degrees or prolonged sunlight. As we read earlier, the temperature inside cars during the summer can easily get up to 140 degrees, making the car an unstable environment to store lighters.

Canned drinks. This is less dangerous and more annoying. I left a can of soda in the car while I was at the beach and when I came back the entire top of it had popped open, spraying half of the soda everywhere

Oh, and of course: Kids, pets, and the elderly. You’d be surprised at how many people still don’t know how dangerous it is to leave any living creature inside a car in the summer. Even if the car is parked in the shade!

The atmosphere and the windows of a car are relatively “transparent” to the sun’s shortwave radiation and are warmed little. However this shortwave energy does heat objects that it strikes. For example, a dark dashboard or seat can easily reach temperatures in the range of 180 to over 200 degrees F.

These objects (e.g., dashboard, steering wheel, and child seat) heat the adjacent air by conduction and convection and also give off long wave radiation (red) which is very efficient at warming the air trapped inside a vehicle.