Here’s an interesting web page by PJ Smith @the_paulthomas on how much of different household “stuff” (we’re talking everything from toothpaste to carrots) you’d have to ingest before it killed you. Like they say on the site “Don’t try this at home” 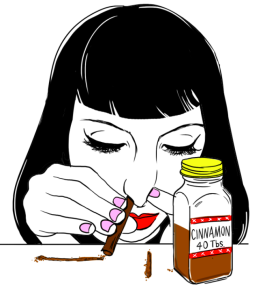 One tablespoon of cinnamon has resulted in thousands of videos of people coughing and choking on YouTube. Thankfully it’s not the 40 tablespoon challenge, which could result in fatal benzaldehyde poisoning.​

Read the rest of the Digg post at http://digg.com/2014/ingestion-infographic