When the Office of Inspector General conducted an audit on the EPA earlier this year, it was just a standard procedure. The Government Charge Card Abuse Prevention Act of 2012 was set up specifically for this purpose, namely to check out agencies like the EPA to make sure that the government purchasing cards were being used for legitimate work expenses directly linked to the work done by the EPA employees.

Turns out that this wasn’t, in fact, what they were always being used for. Having selected 80 transactions from the charge card listings because they were outside of what would normally show up on a credit card of this nature, the OIG found that 75 of these 80 charges were “prohibited, improper, or erroneous”. Those 72 charges totaled $79,259.

While it’s nice that our government employees want to make sure they and their families stay healthy the rest of us have to pay for our own membership or not go at all.

To be fair, it isn’t as bad as it actually looks. First of all, the 80 charges that the OIG looked at weren’t randomly sampled. They were looked at because they fell outside of the norm of what should show up on a government purchasing card. Additionally, of the 72 charges that were found to be prohibited, improper, or erroneous, 28 were because the users couldn’t actually verify that they had received the items and/or services that they had charged on the card (This doesn’t necessarily mean that they didn’t receive them, just that they couldn’t prove that they had). Another 24 of the 80 were not supposed to be allowed because they hadn’t been given approval prior to making the purchase (Again, this doesn’t mean that they wouldn’t have gotten approval, just that they didn’t follow protocol).

Regardless, the EPA is promising to make some changes to provide better oversight in the future. It only stands to reason that if you give people credit cards without closely monitoring the expenses charged on them, some people are gong to misuse them and find ways to justify charging personal expenses on them (You can just hear some of those employees saying “I have to stay fit to do my job properly… That’s a valid expense!”).

The results of the “investigation” were published in a 31-page document that you can download or view online here.

The American Association of Occupational Health Nurses (AAOHN) in conjunction with The American College of Occupational and Environmental Medicine (ACOEM) have announced plans to “collaborate on education and recommendations aimed at raising awareness and better understanding of worker impairment” as it relates to the use of marijuana in the workplace.

In a press release published earlier this month, the joint agencies cited changing attitudes, combined with a serious lack of real knowledge as the main reasons why this study is needed.

Many states have already legalized marijuana for medical purposes and two states, Colorado and Washington, have legalized it for recreational use. Because these laws are relatively new, however little has been really done to identify potential problems with marijuana and it’s effects in the workplace.

One study has found that fatal crashes involving Marijuana have tripled in the past few years since marijuana has been decriminalized. It stands to reason that there are going to be problems in the workplace as well.

They’re on the road in front of us every day, those cars with the stick figures in the back window and the bumper stickers that tell us how proud they are to have a child who’s an honor student at such and such a school. Just as bad are the custom license plates that let us know your name.

Your car can be telling criminals an awful lot about you and your kids; information they can use to carjack you, mug you or break into your house while you’re away.

Here’s an example of stuff that shouldn’t be on your car and why: 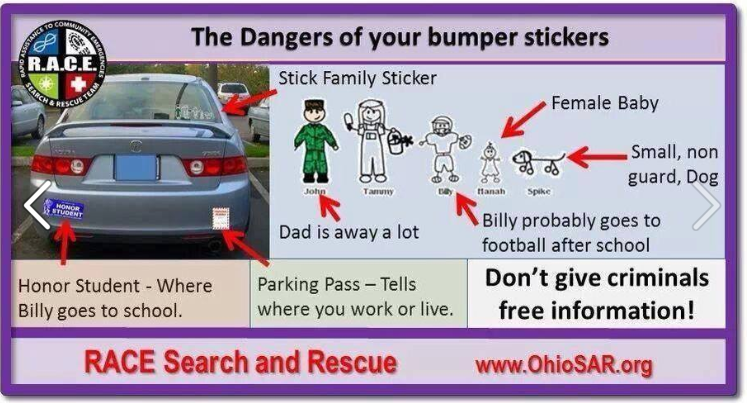 In addition, as I mentioned, if your name is somehow included as part of your custom plate, you’ve giving the potential mugger or carjacker your name. How many of us don’t turn around when someone calls our name? We’re also a lot more likely to allow a perfect stranger to get close enough to rob us or shove us into the car at gun point when they are telling us that they know us and back it by using our name. Let’s face it we don’t remember half the people we meet and just assume we’ve forgotten this person as he or she draws ever closer.

Take a look at your car and think about removing anything that might give a criminal an edge.

Whether it’s in the bathroom or throughout the whole house right before you know that guests are coming over, most of us use air fresheners to “improve” what we perceive to be poor indoor air quality, at least as far as the nose is concerned. What you may not know, however is that a study done as far back as 2006 found that people that use air fresheners even as little as once a week increase their risk (or increase the risk of those in the house with them) of asthma by almost 30%.

The reason is pretty simple. Supposed “air fresheners” rely on chemicals to eliminate or mask odors.

So what exactly might be in the air freshener you’re using?

Would any one of us willingly expose ourselves and our kids to this stuff? How is it okay for the companies that make this stuff to willingly poison our air with it?

Want to find out how you air freshener stacks up? First of all, just read the ingredients on the side of the package or can.
If your air freshener is like the one that I just pulled off the shelf, it probably doesn’t list all the ingredients. In the case of the one that I looked at it listed only Ethanol as the main active ingredients (That’s pretty bad for starters, just look at the health hazards above). Dig a little deeper by looking up the MSDS on your specific air freshener. In the case of the one I looked up here’s what the other 41% of ingredients that wasn’t listed was:
Propane 2.5 – 10%
Triethylene glycol 2.5 – 10 %
Butane 10 – 20 %

No wonder they didn’t want to list it. Ironically they label these ingredients “inactive”, in other words they do nothing except poison the air that you’re breathing.

This website checks out some of the most popular air fresheners:
http://www.silentmenace.com/-Air_Fresheners_.html

The United States Department of Labor has designated June 2nd -6th as National Stand Down Day across the country this year in order to raise awareness of fall protection hazards. Falls still top the list of the leading cause of deaths in the construction industry “accounting for 269 of the 775 construction fatalities recorded in 2012.”

What is a “Stand Down”?
DOL is calling for all employers to stop work for a designated period of time during those five days (maybe even each of those five days) in order to educate employees on the hazards involved with working at heights.
“The goal is to have over 25,000 employers and 500,000 workers to hold a Stand-Down and if we meet this goal, we will have touched almost 1 out of 10 construction workers in the country.”

How do I put together a Stand-Down?

Not to worry, DOL has got you covered. Simply head over to https://www.osha.gov/StopFallsStandDown/index.html to find what you need. They’ve got a “Suggestions to Prepare for a Successful Stand-Down” page as well as documents (click on link below to download the DOL Fall Prevention Training Guide), then head over to the resources page for fact sheets, wallet cards, posters and much, much more. 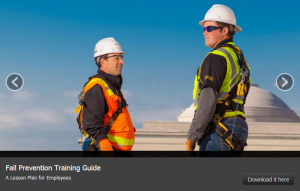 Then, head to the certificate of participation page (inactive at the time of the publishing of this post but they promise it will be active by the time the campaign starts on June 2nd).

Finally, tell the DOL how your stand down went, give them suggestions, ideas and input on how to make the stand down even better next year by emailing them at oshastanddown@dol.gov.

If you are one of the more than 2 million people in the US who suffer from migraines, we’ve got good news for you.

A new medical device called Cefaly intended to provide drug-free migraine relief has just been approved by the FDA.

The device looks like something from a Sci-Fi TV show as you can see from the image below. 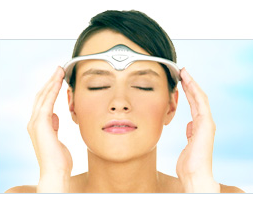 It works based on technology that has been used in medicine for over 40 years. Cefaly was designed to work specifically on nerve cells affected by pain by using electrical impulse.

OSHA is expected to update its Hazard Communication standard to include the new Globally Harmonized System of Classification and Labeling of Chemicals. 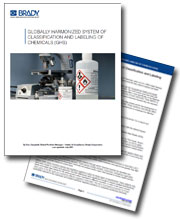 The Free whitepaper is available from the Brady website here.

Here’s an interesting web page by PJ Smith @the_paulthomas on how much of different household “stuff” (we’re talking everything from toothpaste to carrots) you’d have to ingest before it killed you. Like they say on the site “Don’t try this at home”

One tablespoon of cinnamon has resulted in thousands of videos of people coughing and choking on YouTube. Thankfully it’s not the 40 tablespoon challenge, which could result in fatal benzaldehyde poisoning.​

Read the rest of the Digg post at http://digg.com/2014/ingestion-infographic

The American Red Cross today announced its new Flood App to help save lives and reduce losses from floods and flash floods.

This free app gives iPhone, iPad and Android smart phone users instant access to local and real-time information, so they know what to do before, during and after a flood. The content is available in English and Spanish based on the user’s language settings on their mobile device. The app includes location-based, audible NOAA flood and flash flood watches and warnings – even if the app is closed.

“The alerts in the app will help save lives by notifying people so they can gather their loved ones and head to safety,” said Jim Judge, preparedness expert, member of the American Red Cross Scientific Advisory Committee and chair of its Preparedness Sub-Council. “Floods are the most common natural disaster in the United States, so it’s important for people to know what supplies to have on hand and what to do if an event occurs.”

Other features of the app include:

The new Red Cross Flood App is being released during National Flood Safety Awareness Week, which runs from March 16-22.

To read more and to download the app go to: