What is it? Simply put they are temporary tatoos (you know the kind the kids have put on at the fair or at a kids’ birthday party) that contain important information like your childs’ allergies and/or an emergency contact phone number.

They come in a couple of different formats.

1. The original safety tattoo that is applied with water and last anywhere from 1 to 5 days although they recommend reapplying a new one each day. Once the temporary tattoo is applied you simply use a permanent marker to write on the information needed.

2. Quick Stick Write-on! Child ID Tattoo that requires no water to apply. They are sweat-proof and water-proof and last up to two weeks.

There are several designs and styles in both formats so you’re sure to find one that your child will proudly sport till his or her friends get jealous enough to tell their parents about it as well. 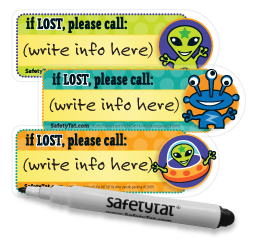 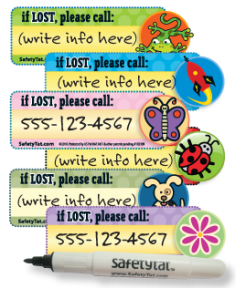 Here’s a short 45 second video that any and every cell phone user needs to watch:

Some of the areas that the department of labor, OSHA and L&I have been targeting have seen improvement. The number of fatalities in the Hispanic and Latino workers, for example, is down by 5 percent over the previous year.

Work-related suicides also declined by 10% as did non-Hispanic workers (by the same percentage).

A couple of areas saw increases, however, the most notable of which was the “under 16 years of age” category which saw an increase of 9 deaths (from 10 in 2011 to 19 in 2012), almost doubling in a single year. That’s an area that seems to need special attention.

This issue came up this week in one of the safety discussion forums I participate in.

Someone asked which gas monitor others in the group would recommend and people just started throwing out the names of the gas monitors that they are currently using and like or dislike. I finally had to say something and probable made a couple of enemies in the process but I couldn’t just sit there and not answer the question properly.

This is what I posted:

“Don’t mean to be contentious but I always have a problem with people just recommending a gas monitor without asking some basic questions first. You need to make sure that you have the right monitor for the right application.
What is your application? How often are you going to be using it? Where are you going to be using it? Is it for confined space applications? Are you comfortable calibrating it yourself? Are you the only who’s going to be using it or will it be used by several people? Etc… There are a number of questions that need to be answered in order to make sure that you get the right monitor. There are about 2 dozen excellent 4-Gas monitors out there with a dozen manufacturers that’ll all swear that they’ve got the best monitor but the key is to let your safety distributor know the specific application and usage. If they are any good they should help you find the right one. What works for someone else isn’t necessarily the one that’s going to work best for you so make sure you find a distributor who’s going to investigate a little before recommending.”

The bottom line is, if your purchasing a gas instrument and your distributor tries to sell you one without asking a set of questions, then you might end up with a gas monitor that you aren’t going to be happy with. More than likely that distributor has got a spiff going or needs to meet a certain quota to get special pricing or something like that; or they just aren’t very good at their job. Either way, you probably need to find another safety distributor.

Yesterday you were cleaning out the garage and today you feel like you are coming down with the flu. Then you notice a red welt on the back of your hand. Chances are you might have had a close encounter of the spider kind, namely a brown recluse spider.

Commonly known as a “violin spider” because of the violin shape on the cephalothorax (the small part of the 2-part body that the legs are attached to), the brown recluse is true to its name. Its body is usually about 1/2′ and it is golden brown in color and it likes to build small webs in isolated, hidden areas. For all the bad press it’s gotten, it isn’t actually aggressive and, in areas where it breeds and lives, people have lived with them in their houses for years with no reports of bites.

When it does bite, you might not even feel it at the time and you don’t usually know you’ve been bitten till a few hours (sometimes up to 36 hours later). If you do see a spider that you think might be poisonous, you’re better off catching it and keeping it in a jar for a couple of days to make sure in case someone does come down with symptoms.

If you do suspect that you’ve been bitten:

Fortunately, the habitat of the brown recluse is fairly limited to a specific area in the South of the US. Reports of brown recluse bites in other areas generally turn out to be Hobo spiders whose symptoms are often similar.

Turns out that driving under the influence isn’t the only act that’s dangerous, walking while intoxicated is equally hazardous. A study, published in USA TODAY found that fully one third of pedestrian fatalities were due to alcohol levels over .08% which is the legal limit for driving. That means that the percentage of deaths because a pedestrian was intoxicated is comparable to the percentage of drivers killed because of intoxication.

The numbers are even more appaling when we’re talking about younger pedestrians in the 25 to 34 year old age bracket where fully one half of the 625 pedestrian deaths studied turned out to be alcohol related.

Pedestrian deaths were usually caused by impaired  people falling into traffic, trying to dodge or outrun a vehicle or trying to cross the street against the light.

You can read the complete USA TODAY article here.

I’ll let the people from NECCONNECT.ORG explain it to you:

Welcome to nec connect, a new online resource for all things related to the National Electrical Code. Learn about the latest in electrical safety, wiring, guidelines, and equipment, along with upcoming electrical code updates, tips and the latest social updates from the NFPA. nec connect is your one-stop shop for residential and industrial electrical safety, whether you are an installer, designer, inspector or policy maker. Join fellow contractors and engineers, and sample the latest video content, articles and more from industry experts. And subscribe TODAY for exclusive access to all video content, conversations, updates, and white papers. Thanks for visiting! 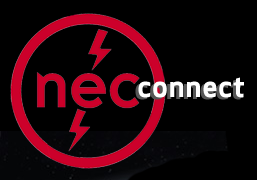 Check them out at http://www.necconnect.org/ 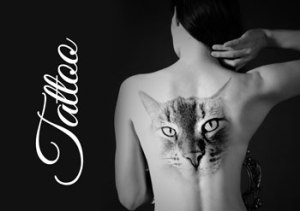 20% of us have tattoos and the number is growing. While it used to be primarily sailors and gangsters who were inked, the stigma of tattoos as “the mark of the bad boy” or girl, has changed dramatically in the past couple decades. Even the most respectable person may be sporting ink (70% of people with tattoos say that their tats are hidden by clothing).

If you’re thinking of joining the ranks of the tattooed, here are a few safety precautions you need to take.

One final piece of advice… Make sure that the tattoo you are getting is something you really can’t live without because you will, in fact be living with it the rest of your life. You may think that the person you’re with now will be your soul mate for life but all of us do and yet half of marriages end in divorce and relationships before marriage have an even higher failure rate. Breakups and divorces are painful enough, don’t add the physical pain of a tattoo removal procedure to the emotional one.

Have you looked in the trunk of your new car since you bought it? Are you assuming there’s a spare there, or a donut? Think again!

A growing trend among car manufacturers trying to meet tougher standards for mileage, is to leave out the spare. You get a flat, pull over, go to pull the spare and find a repair kit instead.

Check out this CBS Boston news report for the full story.

Bottom line, look in your trunk now to make sure you’ve got a spare tire. If you don’t, you’ll want to find out now rather than when you’re stranded on a dark road somewhere at night, especially in winter.