Most women in America (and in many other places around the world) believe themselves to be fat. While it is certainly true that obesity is on the rise (due mostly to the nature of the food today and what they do to it before you eat it), there is also a massive problem, fueled in great part by the fashion industry, of women who believe that they need to starve themselves in order to be attractive.

The truth is that the body type that is portrayed in the fashion industry is the body type of only 5% of women in the world and most of the women in that 5% have that body type as a result of an unhealthy obsession with dieting. This means that out of 3 million women, only 8 will fit the image of the “supermodel” and almost all of the teenage girls in the US today aspire to be one of those 8. The result, among those who seriously try to achieve that goal is anorexia and starvation.

Take a look at the following image, taken from http://www.messynessychic.com/2011/12/29/starved-of-a-realistic-female-body-image-flesh-curves-this-way-2/

This is what your daughter might be striving for. Have a look at this image, taken from the same source. 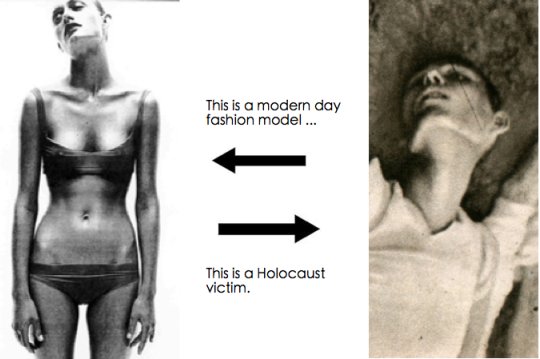 This ought to be a serious wake up call to all of us.

Now take a look at what was considered sexy back in the 50s and 60s:

Most of us, would interveene if our daughter looked like this: 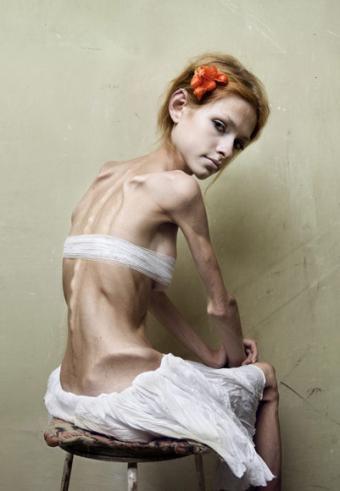 and yet the fashion industry continues to present anorexic women as the “sexy” that men desire thus fueling an epidemic in American teenage girls.

Listed below are some of the most striking teen anorexia statistics in the United States:

While it’s hard as a parent to fight against peer pressure and the influence of the media on the young minds of our children and grandchildren, there are certain things that we can do to counter this dangerous and often times fatal trend.