(Santa Fe) – The New Mexico Department of Health (DOH) is announcing today that New Mexico is seeing a significant increase in the number of pertussis cases in Bernalillo County, and people can protect themselves and their families by getting vaccinated. Pertussis is a serious bacterial respiratory infection that is highly contagious. It is also known as whooping cough due to the distinctive “whoop” sound that some people make after a fit of coughing.

“Already this year, we have identified twice as many cases than the most recent five year average for Bernalillo County,” said DOH Cabinet Secretary, Dr. Catherine Torres. “We are investigating a number of cases in Bernalillo County, including those cases in a number of pre-school and school settings. We encourage adolescents and adults to get the booster vaccine so they don’t get sick and pass the disease to others, particularly young infants who are the most vulnerable to serious complications.”

Pertussis, a respiratory illness commonly known as whooping cough, is a very contagious disease caused by a type of bacteria called Bordetella pertussis. These bacteria attach to the cilia (tiny, hair-like extensions) that line part of the upper respiratory system. The bacteria release toxins, which damage the cilia and cause inflammation (swelling). 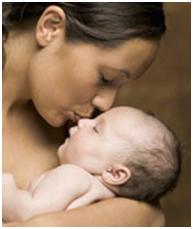 Pertussis is a very contagious disease only found in humans and is spread from person to person. People with pertussis usually spread the disease by coughing or sneezing while in close contact with others, who then breathe in the pertussis bacteria. Many infants who get pertussis are infected by older siblings, parents or caregivers who might not even know they have the disease. Symptoms of pertussis usually develop within 7 – 10 days after being exposed, but sometimes not for as long as 6 weeks.

Pertussis vaccines are very effective in protecting you from disease but no vaccine is 100% effective. If pertussis is circulating in the community, there is a chance that a fully vaccinated person, of any age, can catch this very contagious disease. If you have been vaccinated, the infection is usually less severe. If you or your child develops a cold that includes a severe cough or a cough that lasts for a long time, it may be pertussis. The best way to know is to contact your doctor.

Pertussis (whooping cough) can cause serious illness in infants, children and adults. The disease usually starts with cold-like symptoms and maybe a mild cough or fever. After 1 to 2 weeks, severe coughing can begin. Unlike the common cold, pertussis can become a series of coughing fits that continues for weeks.

In infants, the cough can be minimal or not even there. Infants may have a symptom known as “apnea.” Apnea is a pause in the child’s breathing pattern. Pertussis is most dangerous for babies. More than half of infants younger than 1 year of age who get the disease must be hospitalized.

Pertussis can cause violent and rapid coughing, over and over, until the air is gone from the lungs and you are forced to inhale with a loud “whooping” sound. This extreme coughing can cause you to throw up and be very tired. The “whoop” is often not there and the infection is generally milder (less severe) in teens and adults, especially those who have been vaccinated.

Early symptoms can last for 1 to 2 weeks and usually include:

Because pertussis in its early stages appears to be nothing more than the common cold, it is often not suspected or diagnosed until the more severe symptoms appear. Infected people are most contagious during this time, up to about 2 weeks after the cough begins. Antibiotics may shorten the amount of time someone is contagious.

As the disease progresses, the traditional symptoms of pertussis appear and include:

The coughing fits can go on for up to 10 weeks or more. In China, pertussis is known as the “100 day cough.”

Although you are often exhausted after a coughing fit, you usually appear fairly well in-between. Coughing fits generally become more common and severe as the illness continues, and can occur more often at night. The illness can be milder (less severe) and the typical “whoop” absent in children, teens, and adults who have been vaccinated.

Recovery from pertussis can happen slowly. The cough becomes less severe and less common. However, coughing fits can return with other respiratory infections for many months after pertussis started.

Pertussis (whooping cough) can be diagnosed by taking into consideration if you have been exposed to pertussis and by doing a:

Pertussis is generally treated with antibiotics and early treatment is very important. Treatment may make your infection less severe if it is started early, before coughing fits begin. Treatment can also help prevent spreading the disease to close contacts (people who have spent a lot of time around the infected person) and is necessary for stopping the spread of pertussis. Treatment after three weeks of illness is unlikely to help because the bacteria are gone from your body, even though you usually will still have symptoms. This is because the bacteria have already done damage to your body.

There are several antibiotics available to treat pertussis. If you or your child is diagnosed with pertussis, your doctor will explain how to treat the infection.

The best way to prevent pertussis (whooping cough) among infants, children, teens, and adults is to get vaccinated. Also, keep infants and other people at high risk for pertussis complications away from infected people.

In the United States, the recommended pertussis vaccine for infants and children is called DTaP. This is a combination vaccine that protects against three diseases: diphtheria, tetanus and pertussis. For maximum protection against pertussis, children need five DTaP shots. The first three shots are given at 2, 4, and 6 months of age. The fourth shot is given between 15 and 18 months of age, and a fifth shot is given before a child enters school, at 4–6 years of age. Parents can also help protect infants by keeping them away as much as possible from anyone who has cold symptoms or is coughing.

Vaccine protection for pertussis, tetanus and diphtheria fades with time. Before 2005, the only booster available contained protection against tetanus and diphtheria (called Td), and was recommended for teens and adults every 10 years. Today there are boosters for pre-teens, teens and adults that contain protection against tetanus, diphtheria and pertussis (Tdap). Pre-teens going to the doctor for their regular check-up at age 11 or 12 years should get a dose of Tdap. Teens who did not get this vaccine at the 11 or 12-year-old check-up should get vaccinated at their next visit. Adults who did not get Tdap as a pre-teen or teen should get one dose of Tdap instead of the Td booster. Most pregnant women who were not previously vaccinated with Tdap should get one dose of Tdap postpartum before leaving the hospital or birthing center. Getting vaccinated with Tdap is especially important for families with and caregivers of new infants.

The easiest thing for adults to do is to get Tdap instead of their next regular tetanus booster that Td shot that they were supposed to get every 10 years. The dose of Tdap can be given earlier than the 10-year mark, so it is a good idea for adults to talk to a healthcare provider about what is best for their specific situation. 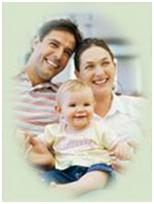 Vaccine protection for pertussis, tetanus, and diphtheria fades with time, so adults need a booster shot. Experts recommend adults receive a tetanus and diphtheria booster (called Td) every 10 years and substitute a Tdap vaccine for one of the boosters. The dose of Tdap can be given earlier than the 10-year mark. Getting vaccinated with Tdap is especially important for adults who are around infants.

Remember that even fully-vaccinated adults can get pertussis. If you are caring for infants, check with your healthcare provider about what’s best for your situation.

If your doctor confirms that you have pertussis, your body will have a natural defense (immunity) to future infections. Since this immunity fades and does not offer lifelong protection, routine vaccines are recommended.

Your local health department may recommend preventive antibiotics (medications that help prevent diseases caused by bacteria) to close contacts, including all household members of a pertussis patient, regardless of age and vaccination status. This might prevent or reduce the chance of getting pertussis. A close contact is anyone who had face-to-face contact or shared a small space for a long period of time with an infected person or had direct contact with respiratory secretions (like from coughing or sneezing) from a person with pertussis.

Q: How common is whooping cough?

A: Even with the success of whooping cough vaccines, the disease is still common in the United States. Many cases are not diagnosed and so are not reported. Yet over the past 5 years, between 8,000 and 25,000 cases have been reported each year. Institutional outbreaks of whooping cough, such as those in a daycare center, school or hospital, are common, taking place each year in many states.

Q: Why is there more whooping cough in some years than others?

A: Reported cases of whooping cough vary from year to year and tend to peak every 3-5 years. Our last peak year nationally was in 2005 when more than 25,000 cases were reported. This pattern is not completely understood, but that’s why it’s important that everyone get vaccinated. If it weren’t for vaccines, we’d see many more cases of whooping cough. It is too early to know if 2010 will be a peak year nationally.

Q: What should I do if I live in an outbreak area?

A: You can make sure you and your loved ones are up to date with recommended whooping cough vaccines. There are two types of whooping cough vaccines  DTaP for infants and children and Tdap for adolescents and adults. Getting vaccinated with Tdap is especially important for family members with and caregivers of new infants. Also, if caring for an infant, keep him or her away from anyone with cough or cold symptoms.

Q: Should I delay travel to an area that is having a whooping cough outbreak

A: No, but those traveling to an area with a whooping cough outbreak should make sure they are up to date on their vaccines. People who are not vaccinated or who are under-vaccinated, including infants too young to be vaccinated, are putting themselves at risk for catching whooping cough.

Safety and Security Manager for ENMR·Plateau