With fall and winter coming on, generators are more than likely going to be needed again soon. Every year, wind storms, rain and snow cause power outages all across the country. While some areas (the area where I have my home, for example) are more prone to power outages (out where I live, it’s because of the number of trees that fall and knock down power lines) no area is totally immune and having a generator is usually a good idea to avoid freezing, avoid losing food when the fridge goes out or having important medical equipment go off when it’s needed. Whether we are talking about a standby generator (the kind that kicks on automatically when the power goes out) or a portable generator (the kind you need to start up when the power goes off), there are certain safety measures to be followed in order to make sure that you are using your generator safely.

Having your power go out in the middle of a storm is inconvenient enough. Make sure that you don’t make it worse by not safely using the generator.

Isn’t the internet cool?! You need a handout for a safety meeting… a couple of clicks and pretty soon your printer is humming away. You want to put up a new safety poster… just click and print!

The top posts, on this blog, still have to do either with “The OSHA Cowboy, OSHA Bullrider, OSHA Santa, OSHA streaker, and more” (Go figure!) or has to do with safety meeting downloads (see “74 different Weekly Safety Meeting talks topics for download“) or safety poster downloads (see “Educational Flu Posters available for free download from Sperian“).

So, I decided to go find a few more links for you relating to safety posters, talks, handouts, etc… that you can download. Enjoy!

Have you found other helpful sites with free downloads? Send me an email and I’ll add them.

MSHA (Mine Safety and Health Administration) issued an emergency rule last Tuesday (Sept. 21st) mandating that the percentage of rock dust, which is ground limestone and renders coal dust inert, must be increased from 65% to 80% in the mine intakes. This measure is intended to reduce potential mine explosions.

The problem with coal dust is that it can greatly amplify explosion in the mine shafts by essentially making the air “explosive” and combustible. Because modern machinery is producing finer coal dust than was formerly the case, the 65% guideline has long been outdated.

The emergency rule by MSHA allows for immediate enforcement and is designed to be used in cases where workers are considered to be in grave danger if the guideline is not enforced.

The rule comes too late for the 29 miners who were killed in West Virginia back in April of this year but will hopefully keep a similar tragedy from occurring in the future.

MSHA will now begin the process of writing up the rule for official approval. That process takes time so the emergency measure allows enforcement as soon as October 7th for new mines and November 22nd for existing mine areas.

Remember to grasp the mouse loosely (don’t squeeze the mouse), to minimize force requirements. Use a light touch when you click the mouse or trackball.

The ergonomic tip of the day is provided by Ken Oswald at SafetyCommunity.com

Want an update to all the changes that OSHA is contemplating regarding the new fall protection standards? OSHA has been working to update the standard for several months now and, thanks to their website, you can see what changes they are thinking of implementing.

The proposed rules for the “Walking-Working Surfaces and Personal Protective Equipment (Fall Protection Systems)” can now be viewed online at:

Among the issues addressed are the following:

Be forewarned, this is a massive document (when copied and pasted into MS Word, it ended up being a 251 page document on my computer)

Obama is calling for tougher oversight on oil and gas pipelines. He wants another 40 inspectors to be added in the next 4 years. The infrastructure for natural gas in the US is aging and pipelines are needing more frequent and more thorough inspection to keep accidents like the one we talked about Tuesday of this week (see “Is there enough oversight?“) and like the explosion in San Bruno, CA from happening again.

He is also asking that fines for serious violations, especially those that result in serious injuries and fatalities, to go up from $1 million to $2.5 million.

Because midterm elections are coming up, however, it is doubtful if anything will be happening anytime soon, if at all. Energy companies have a long history of finding ways to stall similar bills in the past.

The pressing question then becomes, what are we going to do? Either we find a way to enforce these stricter guidelines or we are going to have to deal with the aftermath of disintegrating pipelines that spill open and/or cause explosions. Either way, leaving it up to the energy companies isn’t the answer.

To view the proposed legislation go to: http://testimony.ost.dot.gov/final/

According to a new study, due to be released in the upcoming issue of “Heart” journal, the answer is “yes!” unless you are keeping physically fit. According to research, men who aren’t staying fit more than double their risk of heart disease if they work long hours. The article gives the following information:

By now, you’d have to be living in a cave in outer Mongolia for the past year not to know all about the BP oil spill and the cleanup damage that even still remains to be done.

Blame has been passed around with plenty still to spare. Responsibility, however, seems to be in short supply. While BP has owned up to its part, it certainly hasn’t done it without a lot of pressure. Many are still arguing that BP hasn’t done enough to make up for the damage to the environment. The results of this oil spill will be felt for a long time to come.

While attention has been focused on BP, however, other oil spills and issues that are, granted, not as massive, has slowly slipped under the radar.

Here’s a photo released by the National Transportation Safety Board, of the rupture in the pipeline: 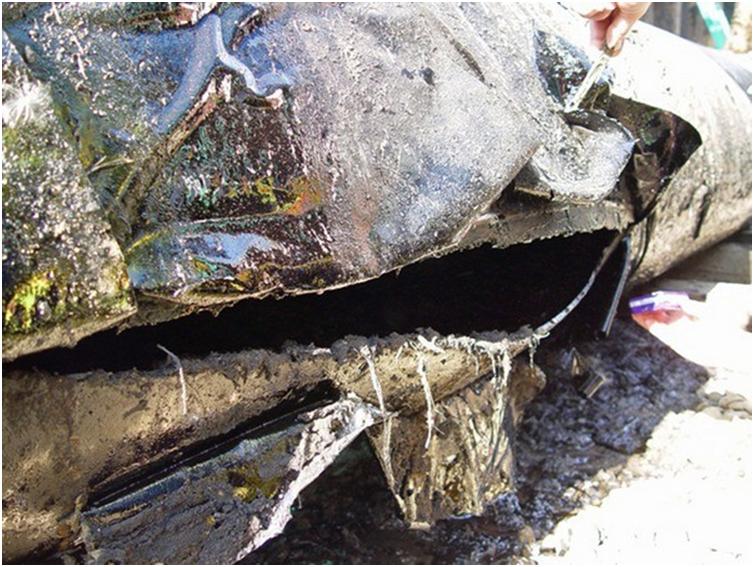 The break in the pipeline is over 6 feet in length with the widest part of the break measuring 4.5 inches.

The pipeline in question is over 40 years old now. To aggrevate matters, the pipeline burst sometime in the evening of Sunday the 25th of July. At 5:58 PM an alarm sounded in the Edmonton control room of the Enbridge Energy (A Canadian firm) company that owns and operates this pipeline. It wasn’t until 11:15 AM on Monday that they got the official word, through an employee of the company who was responding to calls from citizens in the Kalamazoo area, that the pipeline had ruptured. It would take several hours more before Enbridge employees would arrive on the scene.

How long it took to shut everything down is still unclear.

Why employees back at the command center paid no attention to the alarm when it went off is equally unclear.

What is clear is that this spill could have been avoided.

The pipeline in question was, at the time of the incident, running on reduced pressure because of known defects. Inspections had identified at least 390 potential problem defects; of these, only 61 were repaired.

This spill, the BP spill, and other spills make it clear that the proposals put forth by DOT Secretary Ray LaHood as presented to Congress are proposals that need to be taken seriously. These proposals include:

The fact of the matter is that there are an increasing number of pipelines and derricks out there in service that are getting older and older. Unless there is a serious and drastic overhaul to the way that they are inspected, maintained and to the enforcement of these measures, it’s just a matter of time before we see more and more and potentially much greater, environmental issues relating to oil spills.

(most of the information for this particular blog post were taken from “Enbridge disaster and pipeline safety probed” on the International Business Times website. 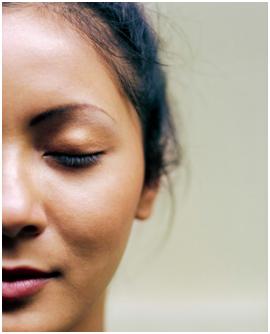 Close your eyes, and preferably cover your eyes with your hands. Keep them closed for up to 30 seconds. Take several deep breaths to relax while your eyes are closed. Slowly open your eyes

The ergonomic tip of the day is provided by Ken Oswald at SafetyCommunity.com

An article published on the HealthDay website (www.healthday.com) and accessible here, has concluded that they way you view life has a lot to do with how healthy you are. In other words, think happy thoughts and you’ll be a healthier person.

The study, conducted by Suzanne C. Segerstrom from the psychology department of the University of Kentucky, is far from conclusive. It doesn’t begin to explain the link between the brain and the body’s physical response to disease and germs. It does, however, confirm a belief that many of us have had for a long time, namely that there is a link between what you believe about reality and the nature of reality. Think negative thoughts and negative things will happen (like getting sick).

You can read the complete article “Optimism May Boost Immune System” on the HealthDay website. Who knows… it might give you a more positive outlook on life!